Our little baby love turned two at the end of July. The few days leading up to her birthday were a big Moroccan holiday so we decided to take advantage of Danny having a few days off of work and head up to Paris to celebrate the birthday girl!

We got to Paris on Saturday afternoon around 2 pm, but due to an accident on the subway line we were riding, we didn't end up getting to our hotel until about 5pm.

We checked into the hotel and then turned right back around to walk the streets of Paris so we could find a good spot to take Lily's two year pictures.

The most important stop of the day was the crepe stand for a banana and nutella crepe!

You will notice that Lily has a lollipop in lots of pictures. That is how we bribe her to behave and be cooperative when we travel. Parenting at its finest.

After doing a little exploring, we ended our night with some paella from a little food stand.

Day two in Paris was a busy one! We woke up early so we could get back to the Eiffel tower to take Lily's two year pictures before the crowds got too crazy.

After we got some pictures of the birthday girl, we started walking towards the Louvre. We found a playground on the way and let Lily run around for a while.

Then, we stumbled on the Love Lock Bridge! You buy a lock, write something on it, attach it to the railing and then throw the key into the river to symbolize that your love is eternal. Totally touristy, but also totally cute.

We walked through the Jardin des Tuileries on our way to the Louvre.

We learned our lesson with the Anne Frank House fiasco so we did not even attempt to go inside the Louvre with Lily in tow. We had to settle for some pictures outside.

We stopped for lunch and more crepes on the way back to our hotel. After checking out, we rode the train back out to the airport so we could catch the bus out to Disneyland.

We let Lily take a nap when we got to our new hotel so we could get a few hours of park fun in that evening.

There is a laser show every night at closing time (11pm) that we wanted to make sure and see. This is way past her bedtime, so she got to have some popcorn and coke while we waited for the show to start.

The next morning we were out the door early again so we could get in a full day of Disneyland fun.

Since we were staying at a hotel on the Disney property, we got to go into the park two hours before it opened to the general public. So nice to be able to ride a few rides without the long wait!

Meeting Rapunzel or Miss Punzel as Lily likes to call her.

After meeting Rapunzel, we waited in line for about 30 minutes to meet Minnie Mouse. Two seconds before this picture Lily was a whiney mess. It was close to lunch and nap time and she was not thrilled to have been stuck in a line for so long. Obviously, when she realized she got to go hug Minnie Mouse her whole attitude changed!

This literally brought tears to my eyes. I totally understand why people spend thousands of dollars to take their kids to places like this. You can not put a price on that kind of joy on your child's face.

After naps, we spent the rest of the afternoon at the park riding more rides, watching the parade and eating treats!

Lily was so excited to finally get to go on the Dumbo ride.

The minute we got off the ride, she threw herself on the floor and yelled, "Me ride more Dumbo!!!" I had to carry her away to keep the scene she was making to a minimum.

Burgers and shakes for dinner.

The next day was our last day at Disney. As we were walking back to our room from breakfast we noticed that Mickey Mouse was there for pictures so we hopped in line.

We spent the morning at Walt Disney Studios. Lily got to see the Incredibles (who she loves), ride some rides and watch a couple of cool shows.

We left the park after lunch and Lily fell asleep on the 5 minute walk back to the hotel. She was worn out from too many days of fun!

I was a little worried that Lily would still be too young to enjoy Disneyland but I was wrong! She had the best time and there were plenty of rides and shows that were perfect for a two year old. It ended up being such a perfect trip. I don't know how we can top this birthday! 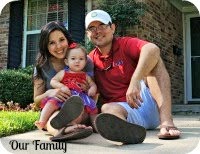 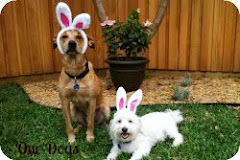